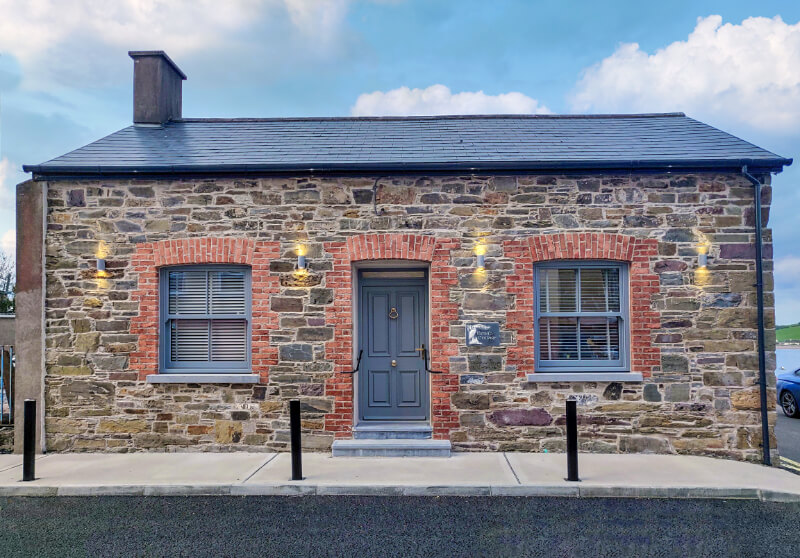 The family of a Youghal mum who lived in over 50 houses in a lifetime of travelling has renovated a 200-year-old riverside cottage in gratitude for her making every place a happy home throughout their journeys.

They married and, with five children, emigrated to South Africa in 1976.

Beginning in Cape Town, they followed Dan’s contracts through parts of Africa, Europe and Honduras, twice returning to Britain, until the early 1990s.

Through short stays and sudden departures, home was often a caravan, with schools temporary sojourns between towns.

“I loved everywhere because I had my family, though Youghal was still home,” Rena said.

“I’d have a carpet with the Clock Gate on it hanging on the wall!”

Her youngest son Kieren remembers a dad who “loved books, music, life” and homes “filled with love, laughter -and people from everywhere!”

“She always created a home with the door open and tea brewing.”

In 1992 the family, returned to Bristol, while Dan took a job in Nigeria where he tragically died in a trench collapse, aged 58.

Rena returned to Youghal where her children Michael, Liam and Kieren also settled.

“Annie and Daniel remained in South Africa and Seán emigrated to Australia”, she said.

Rena bought and sold four homes locally since returning but now, at 79, has a final, luxurious abode to conclude her travels. 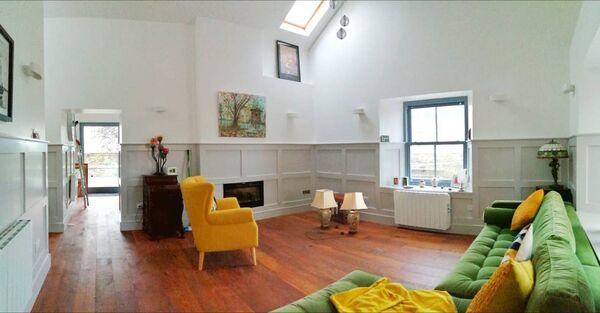 The house, overlooking a small harbour on Allin’s Quay, was built on river-reclaimed land.

Its yard first appears on an 1817 map of the Duke of Devonshire’s holdings and both may have served as shipyard storage.

The house renovation involved gutting the interior, installing a concrete base for oak flooring and creating a living room, kitchen, bedroom, and utility space.

The sand and cement of retained external walls have been replaced with lime mortar. Kilkenny blue limestone performs paving out front and to the rear patio & garden.

“We’ve poured our souls into giving our mom a place of solace and safety,” said Kieren.

“And where we can continue to commune as a family”.